We finally arrived – at one point this was doubtful as we could not find the entrance – but ten lots of eagle eyes spotted the mini sign hidden in the bush and we arrive triumphant and ready for fun.

This was probably a good thing as Mrs Maddock was beginning to think that perhaps “The wheels on the bus” song was wearing a little thin and was wondering if we could move onto another song!

Once we located our rooms we tried the life experience of sorting out our bedding.  This went well and I was surprised how quickly the girls got their rooms sorted.  We only had one blip where the duvet  appeared to be doing the twist dance in the cover but eventually we sorted it out and got ready to go to our first activity – the 3G Swing.

Whilst walking there I listened intently to the discussions that the girls were having –  advantages of having a mini toothbrush and a mini toothpaste against a normal size one.  I am not sure where this debate was going but luckily we arrived at point 16 to await a Leader.

For reasons that are at the moment completely beyond me – the children all became TPots (as instructed by the Leader) and we then gazed at the 3G swing.  I have to say it is rather impressive and seemed incredibly high.  Still, I gamely encouraged the children to have a go whilst trying not to look nervous.  I need not have worried!  Cries of fear were rapidly changed to cries of joy with the shout of “Can I have another go please” becoming the mantra of the evening.

Once we had all had a go (well, I say all – in actual fact my feet were firmly on the floor) we then moved to the Dining Hall were copious amounts of pasta, garlic bread , salad and apples were consumed.    Half an hour in our Dorms and we were out again!  I will be going back to the team to find out what else we are going but I thought you would like an update.

We have already  have faced fears, triumphed over challenge, worked collaboratively and it is only day one!   Are we having a fabulous time? – you bet we are! 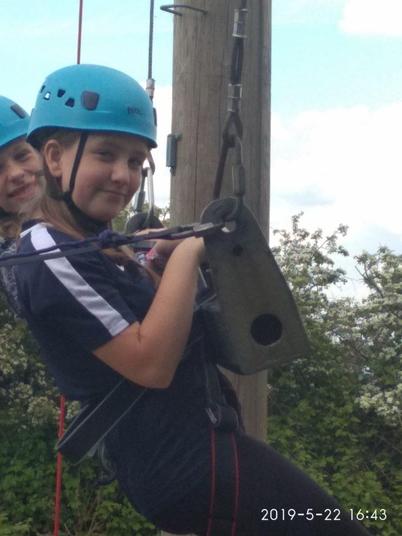 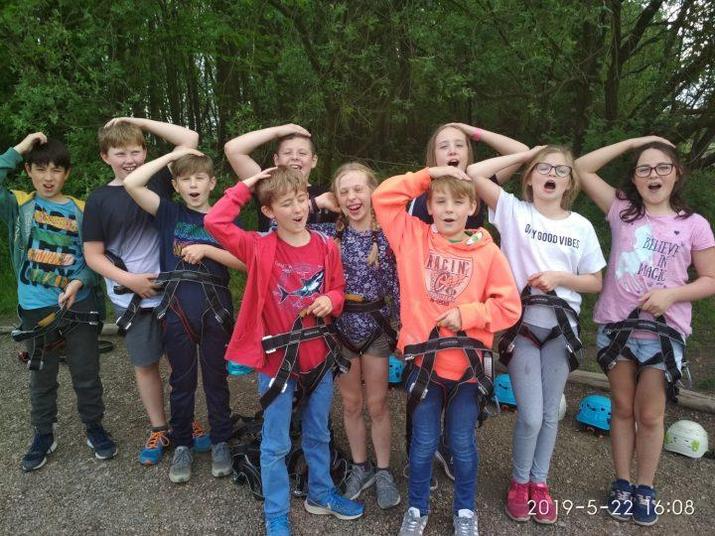 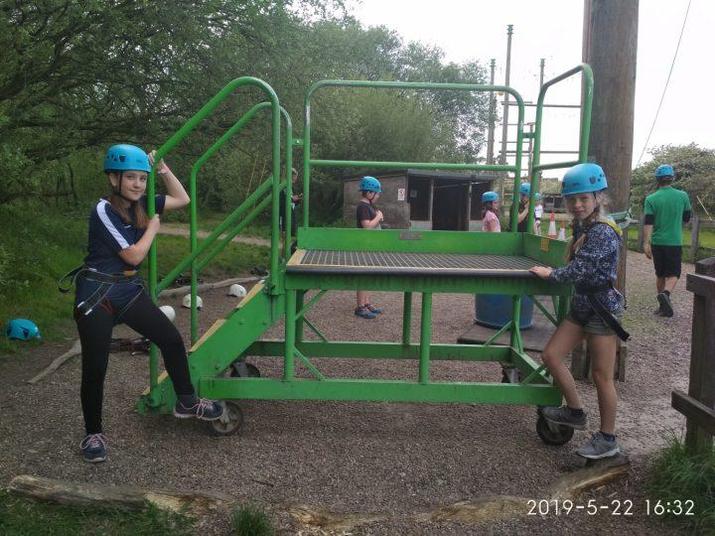 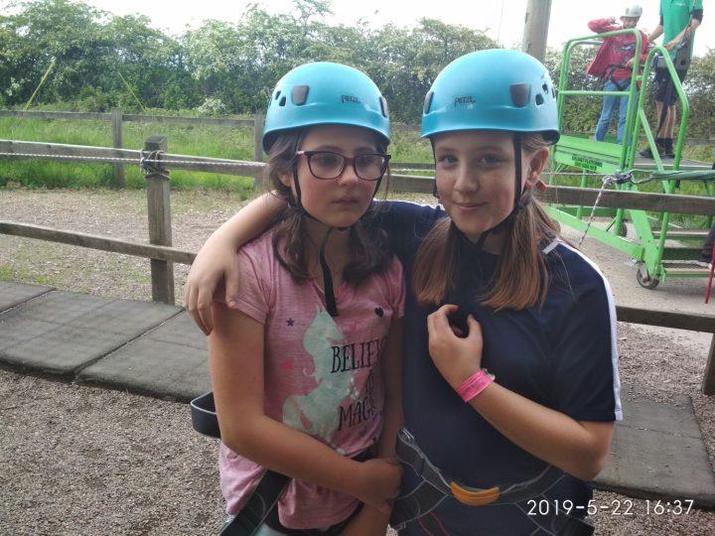 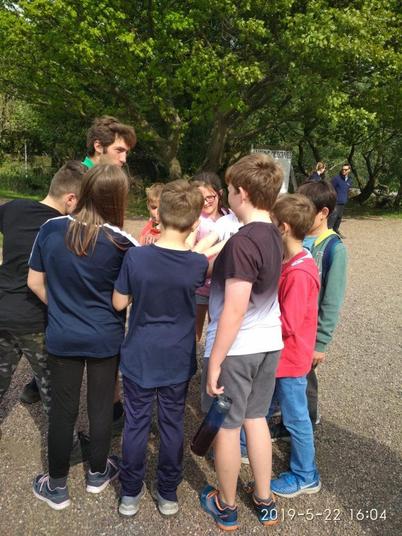 After a busy Wednesday and realizing the children may be tired I was a little worried that we might not make breakfast at 8 am.  I need not have worried a fire alarm at 545 made sure that we were all awake and ready for action at our designated spot – number 16.  Ever an optimist I thought they might go back to sleep  – Absolutely not.  So, off we went for a full cooked breakfast and off to our first activity – Cave climbing indoors – What could go wrong I thought. – Rather a lot.  Now, I would have thought that at the ripe old age of 9 and 10 children were fully aware of their shoe size – how wrong was I!  We tried shoes on, we took them off and then we tried some more.  I was getting anxious that we would never get onto the activity – but eventually we all sat down and listened to our Leader  explain what we were going to do.

As I sat and listened to the instructions I became aware that there was a hushed silence spreading across the room – anxiously I checked the cave wondering what had happened.  The I realized why the children were so quiet – they were tired.  As I looked at the slumbering bodies  I gave words of encouragement to bring them out of their sleep and pointed out it was only 915 am – “Pace yourself ” I told them – “We have a 12 hour day!”  My motivational speech worked!

As we played the shark game – (yes we had a shark in our cave) the children nimbly climbed all over the boulders.  One child outdid everyone else by challenging himself to do the hardest climb more than once!  A pit stop with me and a check of a Knee meant that a protective pad made out of an eye patch and a bandage allowed him to do it all over again.

As I went to sit down I was aware that one child was missing – shouting into  the caves I yelled “Are you ok?”  “No “came the reply.  Oh flip I thought.  We found a rescue party and they went in after her.  Support came from outside the cave by children and teachers shouting words of encouragement.  We all waited in a hushed silence as we listened for signs of movement.  After an agonising few moments – a head popped out of the cave  and we all smiled and cheered.  Bundling her off for water and hugs I felt relieved.  All children were out of the cave and all fine!

Once she had rested and was back on form I gently asked – “Are your ok?”  Her eyes met mine and we looked at each other.  Then she said those immortal words – “Mrs Maddock, can I have another go…………………”